Utrecht is located next to it and while still being a big city, it is not as crowded as Amsterdam. Here you can enjoy the gorgeous sight of the old city and take advantage of everything the big city has to offer.

The Netherlands is currently a growth hub, especially in the E-commerce industry. Not forgetting the ease of access to many countries in the  Schengen zone. 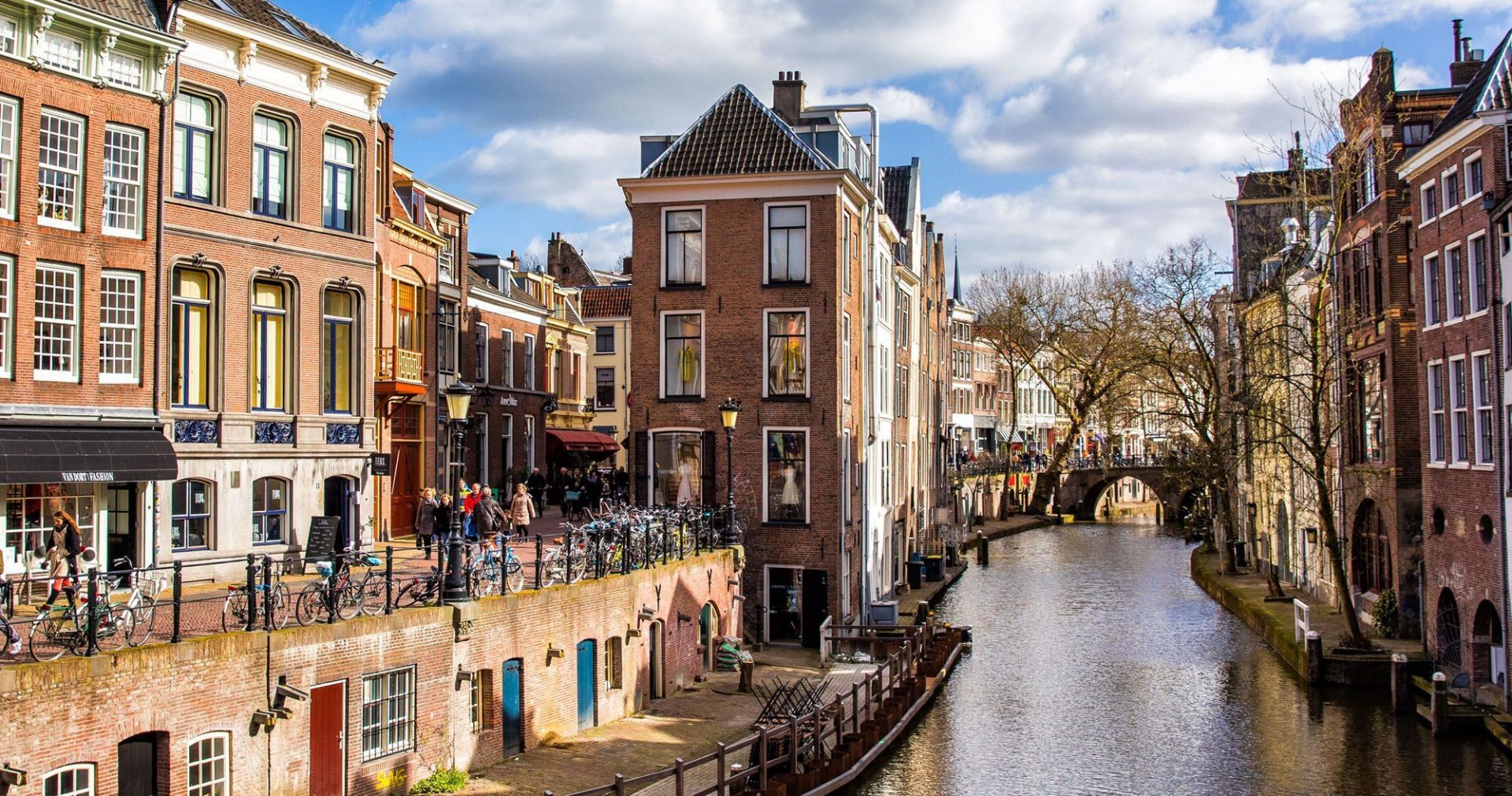 Getting around Utrecht has many alternatives from owning a car to public transport and of course bicycles. we recommend you practice your bike skills before landing here since bikes are considered the main mode of transport to 8 out of 10 people in Utrecht, the city built for bikes and people, not cars! You can buy a bike second hand or rent one with SwapFiets.

You will never have enough of this city! After arriving in Utrecht, you will immediately feel at home. You will be amazed at how nice and helpful people can be. Another big plus for this city is that almost everyone here has excellent English skills and they will not judge you at all if you don't speak Dutch. You don't even have to be afraid to ask if you don't understand something or need help, whether in a store or on the street. Those are important things, that make Utrecht such a good place to live. Next to the amazing people, Utrecht is home to some great parties. A few examples are art week, gay pride, great bars, amazing clubs and in the summer the study start weeks of the students. You are guaranteed to have a good time when partying in Utrecht city.

How to find a place to live

Utrecht is one of the most popular student cities in the Netherlands and most of the universities do not guarantee dormitories. That can be one of the reasons, why it is so extremely challenging to find someplace to live. But do not worry and never give up! We highly recommend you (from our experience) to join all platforms for housing such as Facebook groups as soon as possible. Also check www.holland2stay.com website, which had already saved many lives of international people moving to Utrecht. We can also assure you, that our team will do our best to help you to find your dream place to live, cause that’s how our company spirit always works like. To top it all off, if you do your internship with us, you receive access to our personal contacts and tips to contact landlords directly and find a room quicker.

The location of Utrecht is just perfect. Since Utrecht is located in the middle of the Netherlands, the train journey to Amsterdam takes approximately 25 minutes. It’s also well connected to other cities via both highways and trains, but the city Utrecht is well-equipped for everything you need. In summer you will be charmed by the atmosphere created by everybody sitting outside of the restaurants, soaking in every bit of sunshine they can by the canal. The city of Utrecht has many cozy streets full of cafes, restaurants, and bars with outdoor seating. There is nothing better than enjoying a cold beer during a hot summer day on the terrace with a wonderful view. Something else you can find in Utrecht is the Dom Tower, also known as the Eiffel Tower of Utrecht. With its 112 meters, the Dom is the tallest church tower in the Netherlands. Not to be forgotten are the city parks, which are the best place to turn off the mind and take a moment for yourself and relaxation. And for those who want to feel at least for a while like in a fairy tale, there is one of the most popular castles in the Netherlands - castle de Haar - where you will experience a real journey into the ancient past. These are just a few tips waiting for you after arriving in Utrecht.

When I got accepted to do an internship in Utrecht, I enthusiastically took the offer and was not discouraged by the fact that finding accommodation in this city is difficult. I’m also one of those for whom Holland2Stay has saved my stay in Utrecht. It is important not to give up because the effort when looking for accommodation is worth it and Utrecht returned it to me with everyday beautiful views of the historic city and an incredible atmosphere.

Moving to Utrecht and starting my internship with OFoundation is one of the greatest decisions I ever made! In the office and in the city you're surrounded by young ambitious professionals that challenge you to reach your highest level every day!

Located in the heart of the Schengen zone, The Netherlands provides easy and swift connections to 10s of cities and countries within the European Continent

With an 81.11 cost of living index score, Utrecht offers as much as Amsterdam at a lower cost of living with the same level of international exposure

We use cookies to improve your experience on our site and to show you relevant advertising.

This website uses cookies to improve your experience while you navigate through the website. Out of these, the cookies that are categorized as necessary are stored on your browser as they are essential for the working of basic functionalities of the website. We also use third-party cookies that help us analyze and understand how you use this website. These cookies will be stored in your browser only with your consent. You also have the option to opt-out of these cookies. But opting out of some of these cookies may affect your browsing experience.
Necessary Always Enabled
Necessary cookies are absolutely essential for the website to function properly. These cookies ensure basic functionalities and security features of the website, anonymously.
Functional
Functional cookies help to perform certain functionalities like sharing the content of the website on social media platforms, collect feedbacks, and other third-party features.
Performance
Performance cookies are used to understand and analyze the key performance indexes of the website which helps in delivering a better user experience for the visitors.
Analytics
Analytical cookies are used to understand how visitors interact with the website. These cookies help provide information on metrics the number of visitors, bounce rate, traffic source, etc.
Targeting
Advertisement cookies are used to provide visitors with relevant ads and marketing campaigns. These cookies track visitors across websites and collect information to provide customized ads.
SAVE & ACCEPT